At a panel at south by southwest Peter Vesterbacka of Rovio (Angry Birds) said that the console market is dead. Basically because people won’t want to pay $40-$50 for a game that is hard to upgrade.
I agree.

But Nokia’s Tero Ojanpera countered on the same panel that there is still a place for consoles and console games because people won’t want to plug their tablet devices into their TV’s.

I don’t agree. In fact, I think Tero Ojanpera is missing a major trend in user behavior:

We’ve seen a trend for many years now that people are spending more of their time in front of computer screens. Most people aren’t actively turning off their TVs yet but the trend towards being online is clear. More and more people sitting in front of their TV but with a laptop on their lap. At the same time mobile devices and tablet devices are skyrocketing in use.

So why, dear Nokia, would people want to plug their tablet devices into their TVs? People are already choosing mobile screens at their primary consumption device. What Ojanpera is thinking of here is probably the block buster cinematic experiences that home consoles connected to the TV can offer. Titles such as God of War and Assasins Creed.

What he doesn’t realize is that while these titles take up most of the marketing budget for game companies they don’t sell all that well. A game of the year blockbuster hit still only sells close to 20 million copies. That’s a huge pile of money. But Angry Birds has sold over 150 million… The price makes the winnings less dramatic but the demographic implications are clear. More people are choosing mobile games. 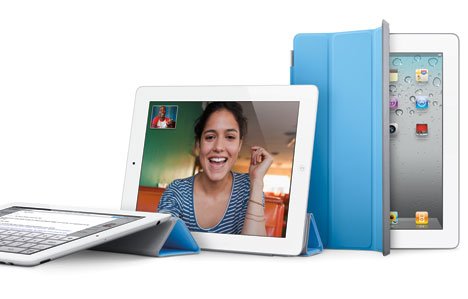